Few questions come up as frequently as those about lichens.

People observe these growing on their plants and think that they’re causing problems. However, lichens are not generally considered harmful to plants.

Lichens are often noticed when they’re growing on plants that are unhealthy. This doesn’t mean that they’re causing the plants to be unhealthy.

Rather, when plants lack leaves, lichens are more visible. Also, when there are fewer leaves on plants, more sunlight can reach the branches and trunks, allowing lichens to produce more food for themselves (more on this below). Finally, lichens may be more likely to remain on plants when plants are growing slowly and less shedding of bark occurs.

Lichens are actually made up of at least two different organisms, a fungus and either an either an alga or cyanobacterium. Within the past ten years, we’ve learned that a third type of organism – a yeast – is often part of lichens, too.

Like plants, the alga or cyanobacterium is able to photosynthesize, or to produce sugars from carbon dioxide in air, using energy from sunlight. Since they make their own “food,” lichens can grow on fence posts, rocks, and other non-living surfaces, as well as plants.

There are thousands of species of lichen, and several hundred have been identified in Louisiana.

Besides the pale green to grey lichens often observed on the bark of trees and shrubs, another type of lichen that people occasionally see in Louisiana is what is called the “Christmas lichen.” This lichen is red and green and often grows on the sides of trees, such as bald cypresses and oaks.

As with many things in life, there are exceptions to the lichens-don’t-hurt-plants rule. Some lichens in the genus Strigula are considered parasitic. The algal partner in these lichens is often one of the Cephaleuros species. Cephaleuros algae cause the algal leaf spots commonly seen on southern magnolia and camellia leaves, as well as orange cane blotch on blackberry plants.

In the vast majority of cases, though, lichens are considered harmless.

What can you do if you find lichen growing on your plants? If the plants appear healthy, you can just leave them alone. If they don’t, you might consider whether some other factor is causing the plants not to grow as well as they could. Good cultural practices (appropriate plant and site selection, mulching, fertilizer application, irrigation, etc.) are the foundations of good plant health. 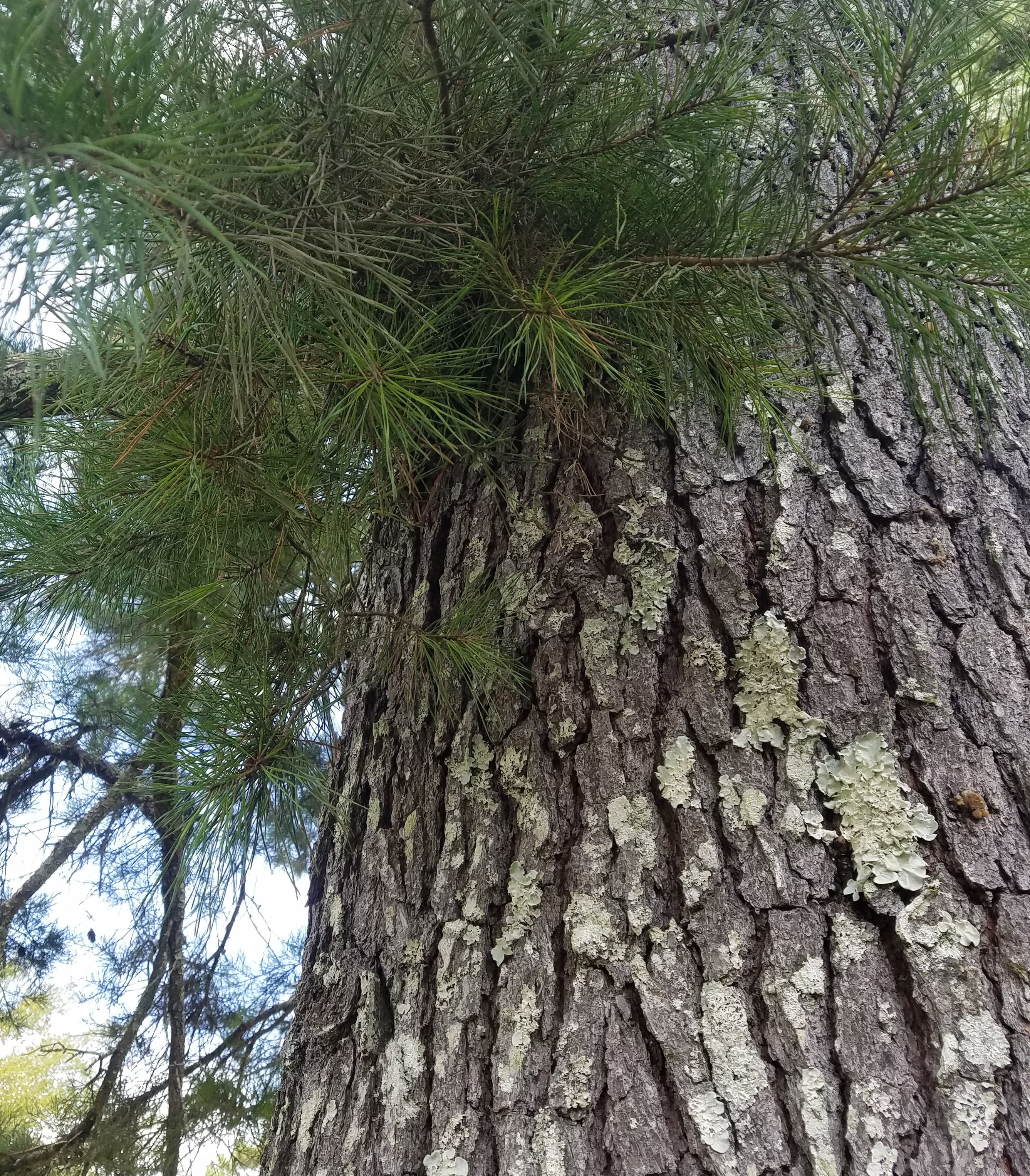 Lichen growing on a spruce pine. (Photo by M.H. Ferguson) 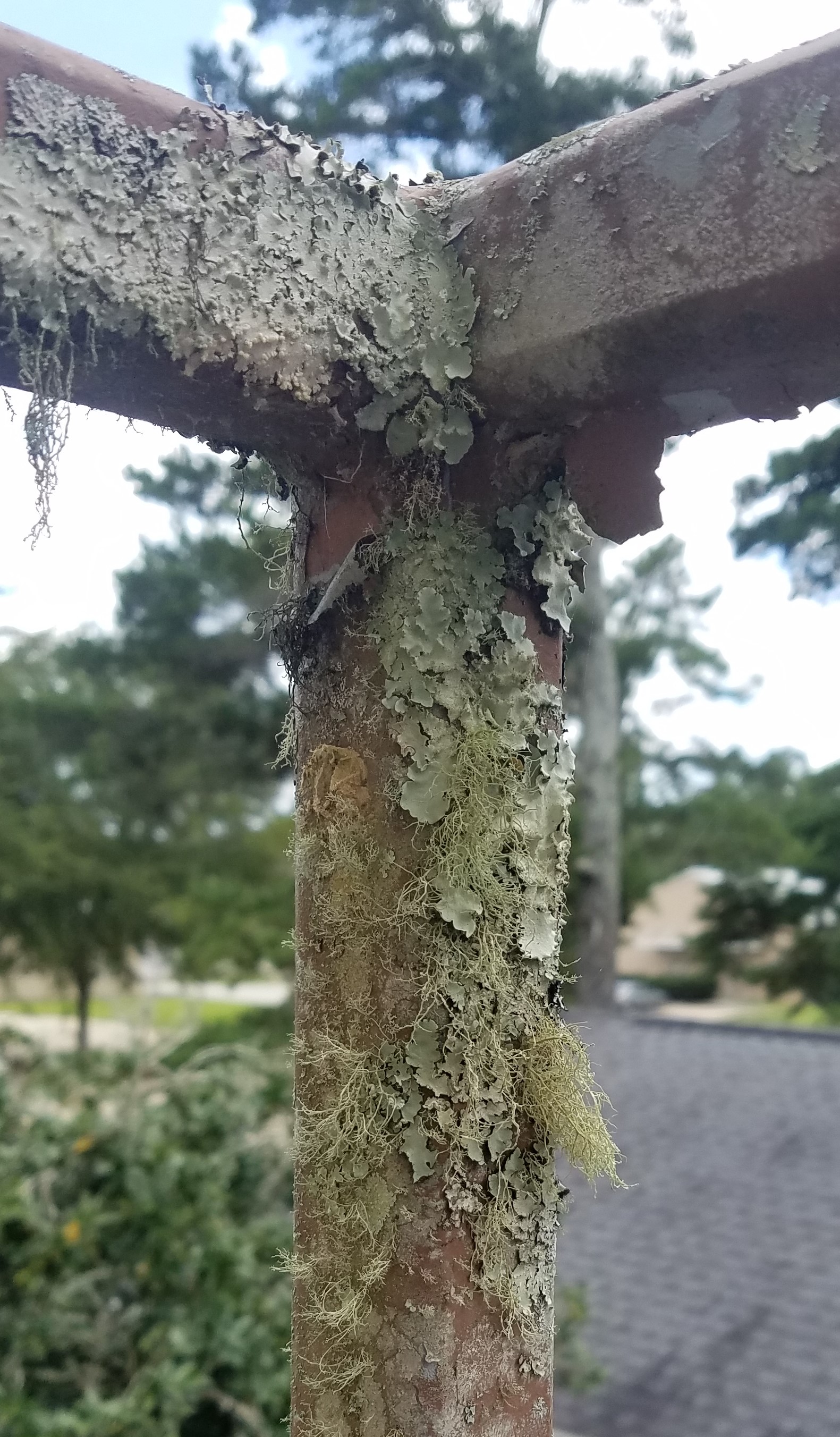 Because lichens make their own food, they can grow on non-living surfaces like this metal stair railing. (Photo by M.H. Ferguson) 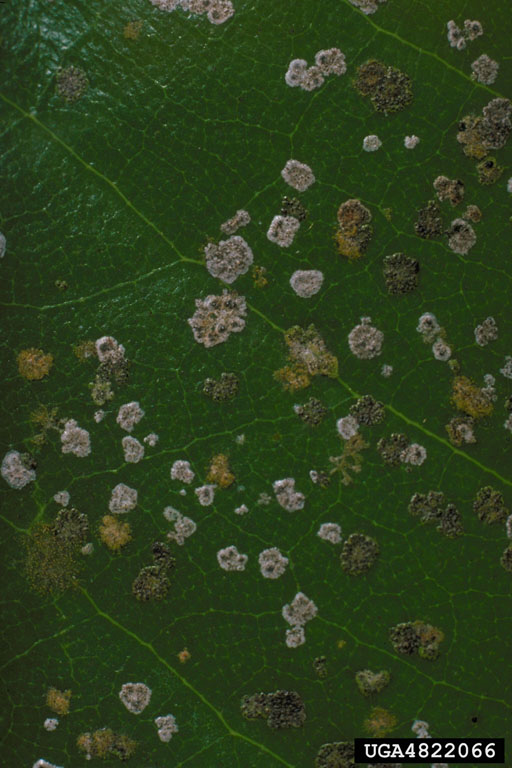