​When Fig Leaves Look Under the Weather

Figs are one of our more easy-to-grow fruit plants. Unlike more challenging crops like apples and peaches, they can often be grown without a lot of attention to disease and insect management.

By choosing fig varieties like ‘Celeste’ and ‘LSU Purple’ that have a closed “eye,” problems with sour rot and splitting can largely be avoided.

At this time of year, though, leaf diseases often show up. Fig rust is a well-known problem. It causes numerous small brown spots on the upper sides of leaves and slightly raised spore-producing areas on the undersides. Tiny fly larvae that feed on rust spores are often present.

There are also leaf spot diseases of fig that are caused by fungi in the genera Cercospora and Colletotrichum. The spots caused by these fungi are typically larger than those caused by rust.

Distinguishing among these three leaf spot diseases is not all that important in practice. They can all cause leaves to fall off the plant earlier than they normally would, and management practices are similar.

Space fig trees at least ten feet apart when planting. Twenty-foot spacing will allow for even better air movement through the canopy. More air movement can contribute to faster drying of leaves and thus less disease.

Along the same lines, when you prune in late winter, prune to allow air circulation through the canopy. Avoid watering from overhead (e.g., with a sprinkler), particularly in the late afternoon and evening. Rake up and remove fallen, diseased leaves.

The good news is that, even when leaves do drop during the summer as a result of rust or leaf spot diseases, fig trees often perform well the following year.

There is another group of fig leaf diseases that includes the closely related web blight and thread blight. When plants have one of these diseases, a mat of brown fungal growth can frequently be seen on the undersides of the leaves. Some leaves take on a blighted appearance, hanging shriveled on the plant, and fungal growth is often seen on the outsides of branches close to diseased leaves. Fruit can be infected, as well.

When one of these leaf blight diseases is present, remove plant parts that have fungal growth on them. Management practices that promote air movement and reduce leaf wetness – as mentioned for leaf spot diseases – are also advised. 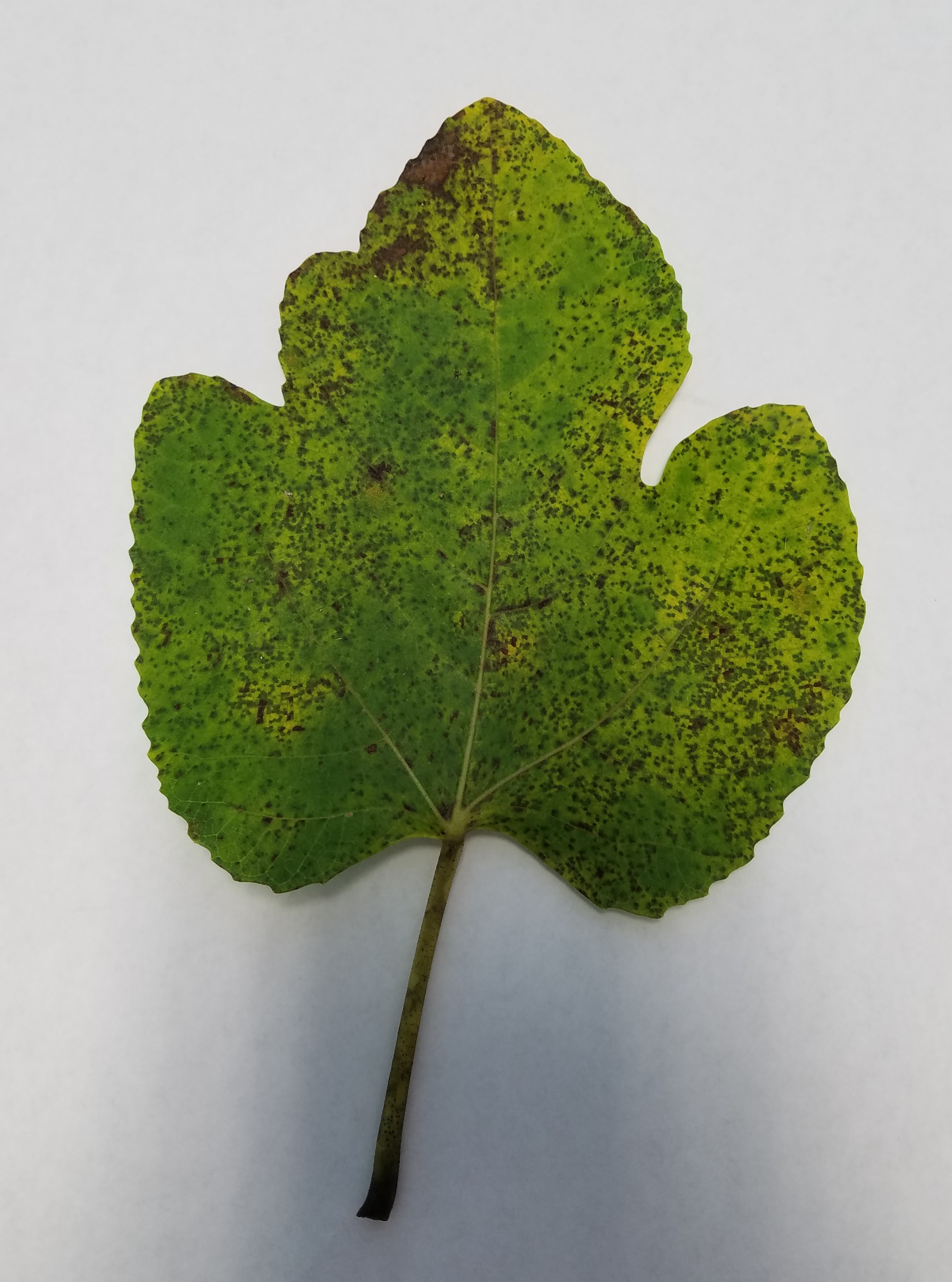 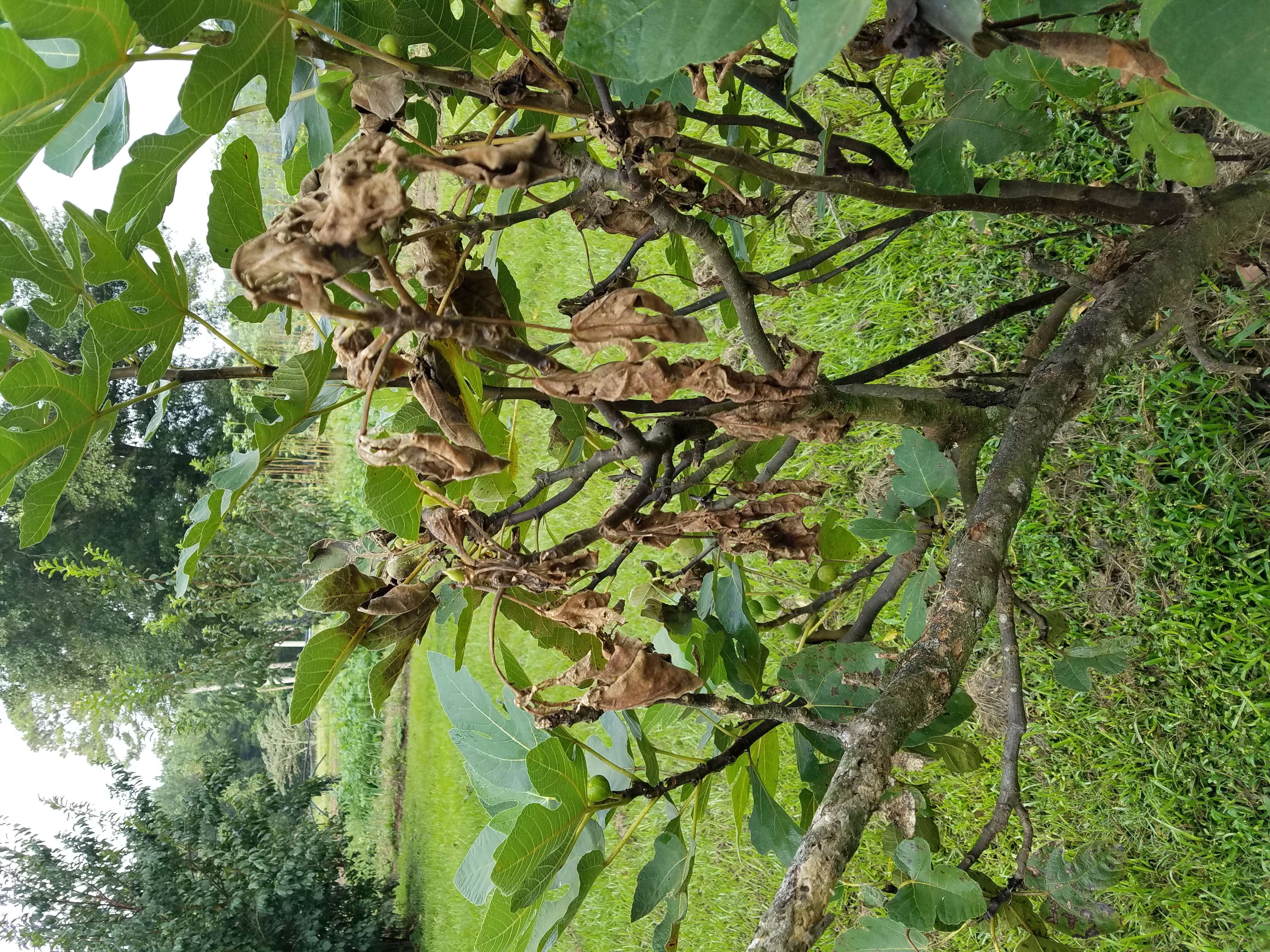 Growth of one of the leaf blight fungi on the underside of a fig leaf. (Photo by M.H. Ferguson)