My personal approach to lawn care is pretty laissez faire, and I’ve recently observed a variety of wildflowers blooming in my yard and neighborhood. You might have seen some of these, too.

Several species commonly referred to as daisy fleabane (Erigeron spp.) are native to Louisiana. These plants produce a rosette of leaves at the base and flowers that are about one-half to three-quarters of an inch in diameter. As is typical of plants in the aster family - such as sunflowers, daisies, and black-eyed Susans - daisy fleabane has compound flowers: The yellow center is made up of multiple disc flowers, while what look like threadlike white petals are actually individual ray flowers.

Lyreleaf sage (Salvia lyrata) is a native perennial that, like fleabane, produces a rosette of leaves at the base. In this case, leaves often have some purplish coloration and resemble those of ajuga, or bugleweed. Flowers are spikes with light blue, lavender, or white petals. Like other plants in the mint family, lyreleaf stage has square stems.

Several species of spiderwort (Tradescantia spp.) are native to Louisiana. These perennial plants look similar to a clumping grass in their vegetative stage. Then, in late winter or spring, they begin to put up a stalk that bear flowers with three blue or purple petals. The native spiderworts are closely related to “wandering Jew” plant species.

Common blue violet (Viola sororia) is among several violets native to Louisiana. The purple flowers have five petals and resemble those of the cultivated Johnny-jump-up. Leaves are heart shaped.

While the above-mentioned wildflowers are native to Louisiana, I’ll mention one that isn’t. White clover (Trifolium repens) is a perennial plant that is native to Europe but naturalized in the US. Clovers are able to grow where soil nitrogen levels are low since, like other plants in the legume/bean family, they have bacteria (Rhizobium sp.) associated with their roots that “fix” nitrogen from the air, so that it’s available to the plant. Like many wildflowers, white clover provides food for honeybees. 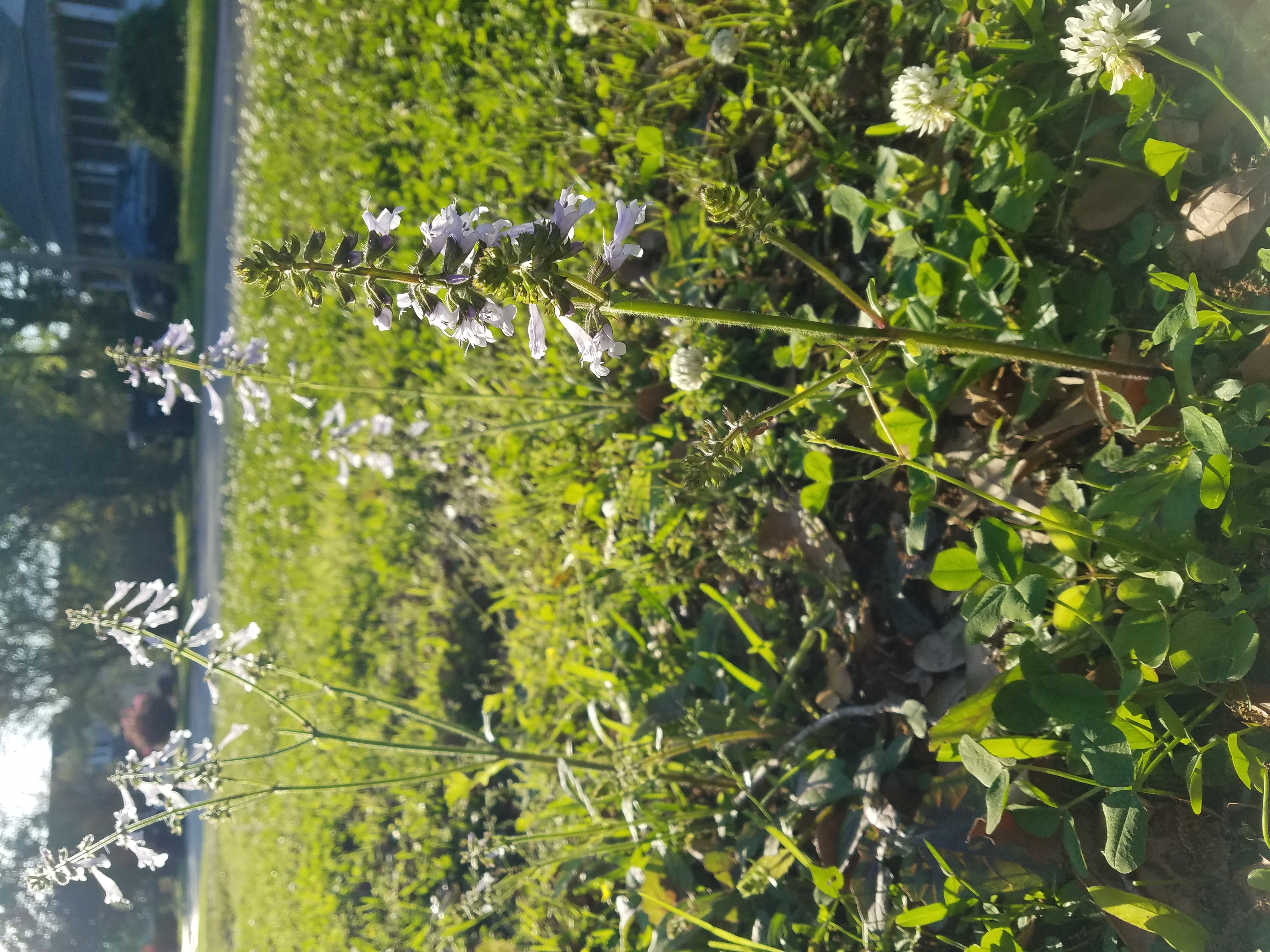 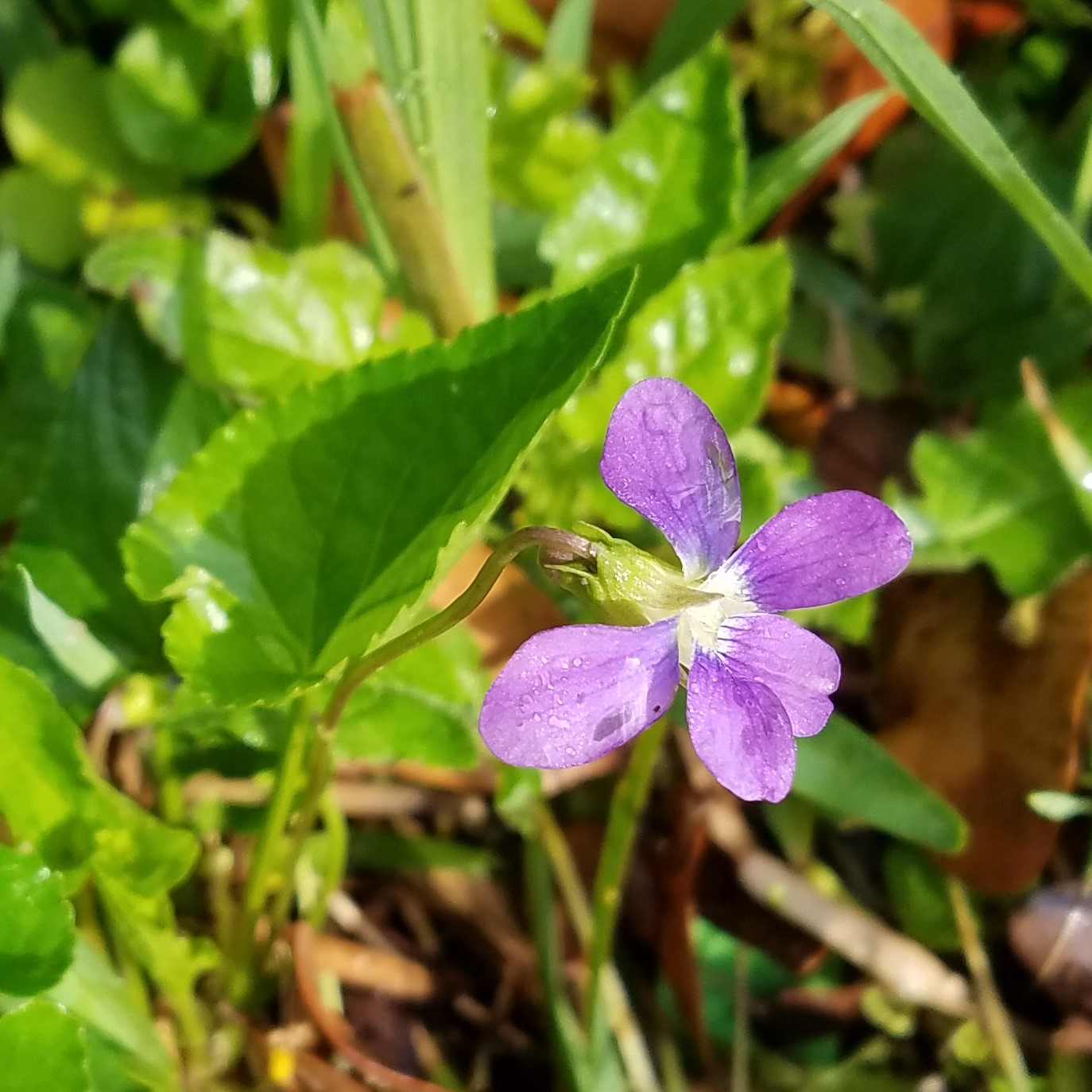