Distinguishing Poison Ivy from its Look-Alikes

Many of us have had an unpleasant encounter with poison ivy at one time or another. It’s helpful to know what it looks like, not only so that we can avoid it but also so that we’re not unnecessarily concerned about plants that resemble poison ivy but do not pose a threat to most people.

Poison ivy, which is native to the eastern US, has compound leaves with three leaflets. While the leaflet margins are often toothed, they can also be smooth. Poison ivy vines climb with the assistance of aerial roots, and the vines look hairy when they’re large and woody. Fruits become white and have grooves. (Throughout this article, I use the term “fruit” in the botanical sense and not to suggest that anyone should eat them.) Poison ivy is deciduous, or loses its leaves in the winter.

Poison oak leaves are similar to those of poison ivy, but the plant grows as a shrub. Like poison ivy, poison oak contains the chemical urushiol and can cause a severe rash.

Perhaps the vine most often mistaken for poison ivy is Virginia creeper. Fortunately, it’s also easy to tell the difference between the two when leaves are present. Virginia creeper leaves have five leaflets instead of three. Fruits become dark blue to black.

Admittedly, it can be hard to tell the difference between a woody Virginia creeper vine and a woody poison ivy vine without leaves or fruit. Virginia creeper vines climb with tendrils that have “suction cups” (adhesive discs) on the end but can also produce aerial roots.

Another vine sometimes mistaken for poison ivy is peppervine. This one can be a little tricky if you’re not familiar with poison ivy and no fruit is present. Like poison ivy and Virginia creeper, peppervine has compound leaves, but instead of just having three or five leaflets per leaf, it has what are called bipinnately or tripinnately compound leaves. In other words, it has multiple groups of leaflets (not just multiple leaflets) attached to a midrib (rachis).

On peppervine, when there are more than three leaflets in a group, the first three leaflets typically occur together, while the next two are found farther down the stem.

(It might occur to you to ask what the difference is between a leaflet and a leaf. A true leaf has a bud at the base, whereas an individual leaflet that’s part of a compound leaf does not. Other examples of plants with compound leaves include pecan trees and roses.)

As with Virginia creeper, mature peppervine fruits are dark in color, unlike those of poison ivy.

The final look-alike I’ll discuss here is not a vine but a tree. Boxelder is a type of maple that, in the seedling stage, resembles poison ivy. Boxelder leaves can have three to eleven leaflets. Unlike poison ivy, boxelder leaves are oppositely arranged. In other words, the compound leaves are directly across from each other on the stem. 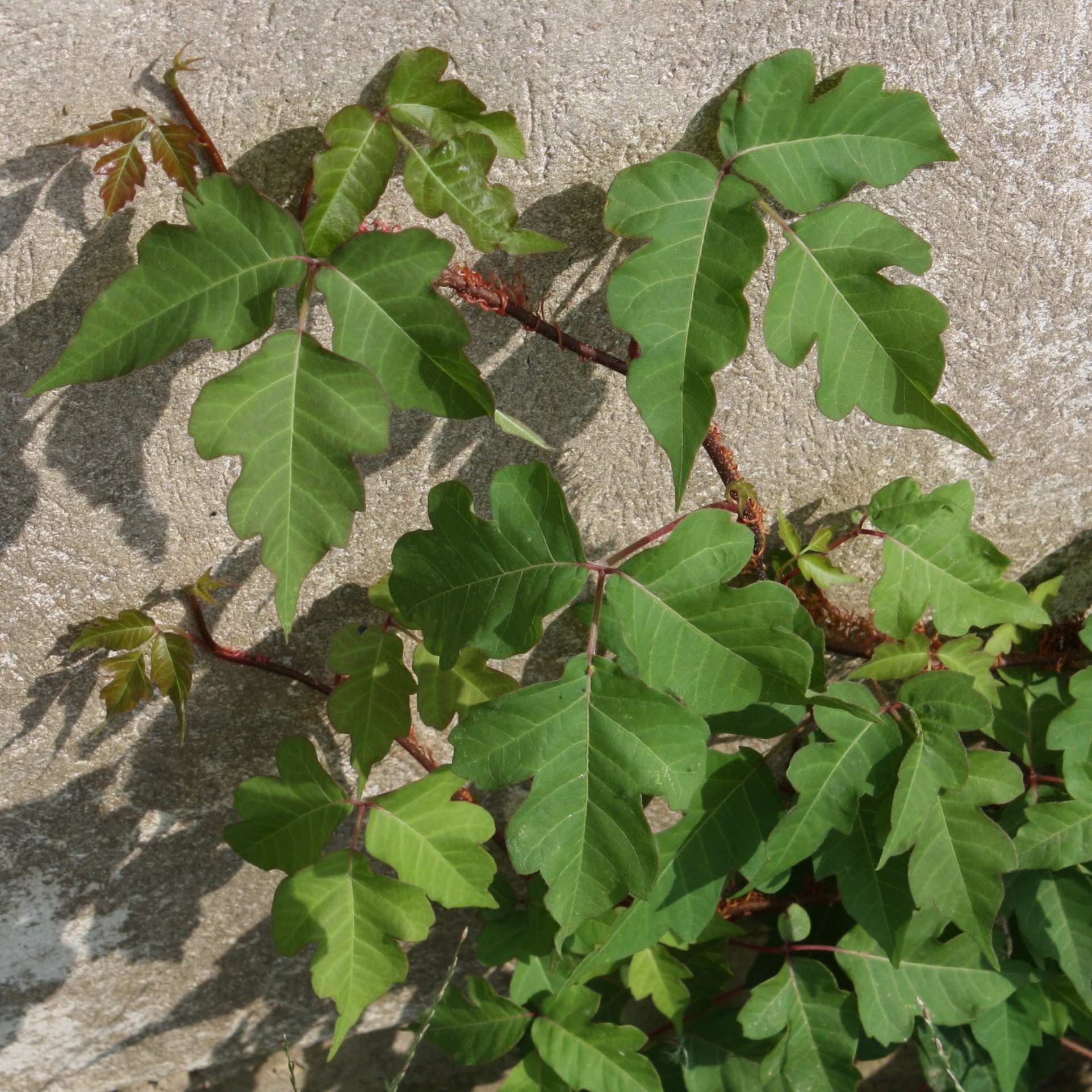 Poison ivy has trifoliate leaves, or leaves made up of three leaflets. (Photo by R. Strahan) 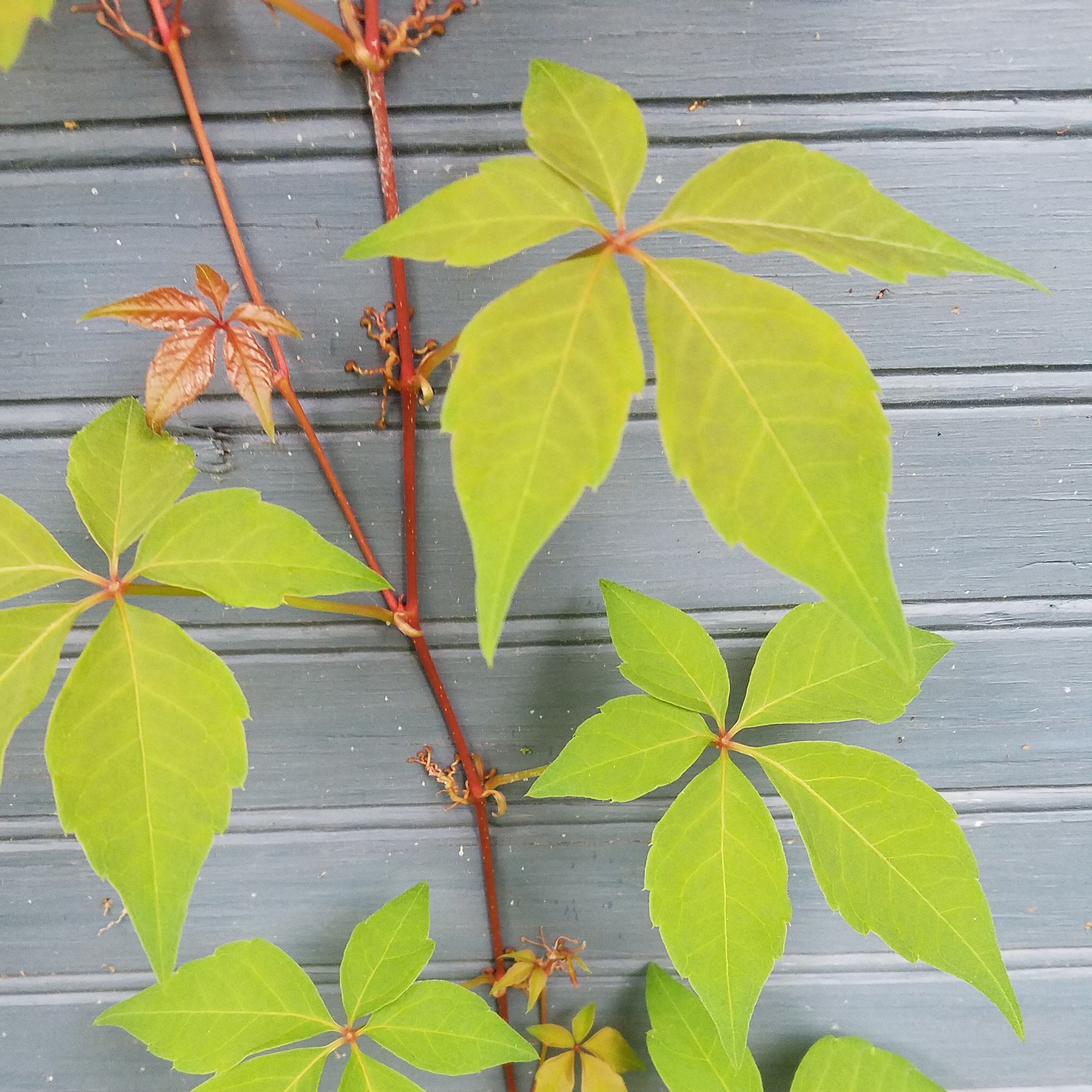 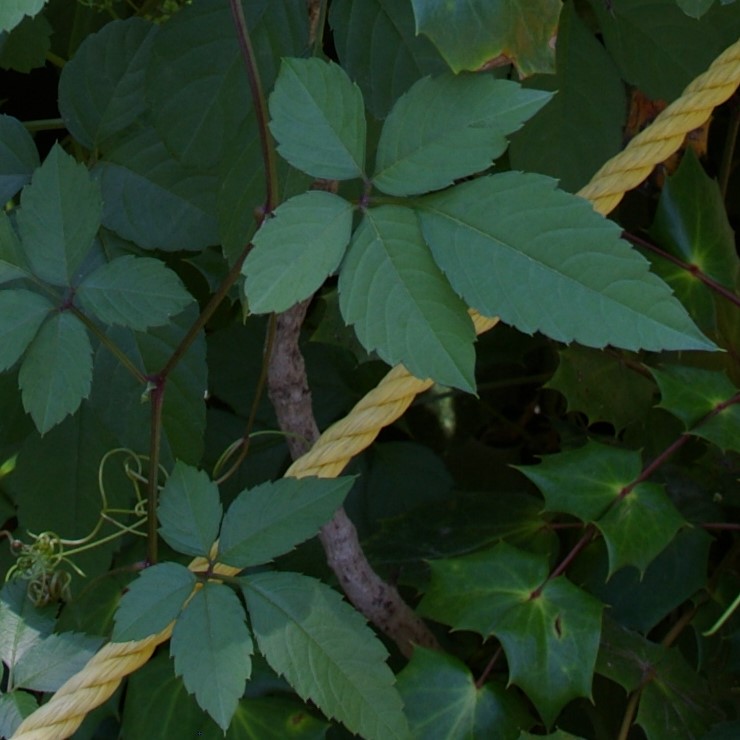 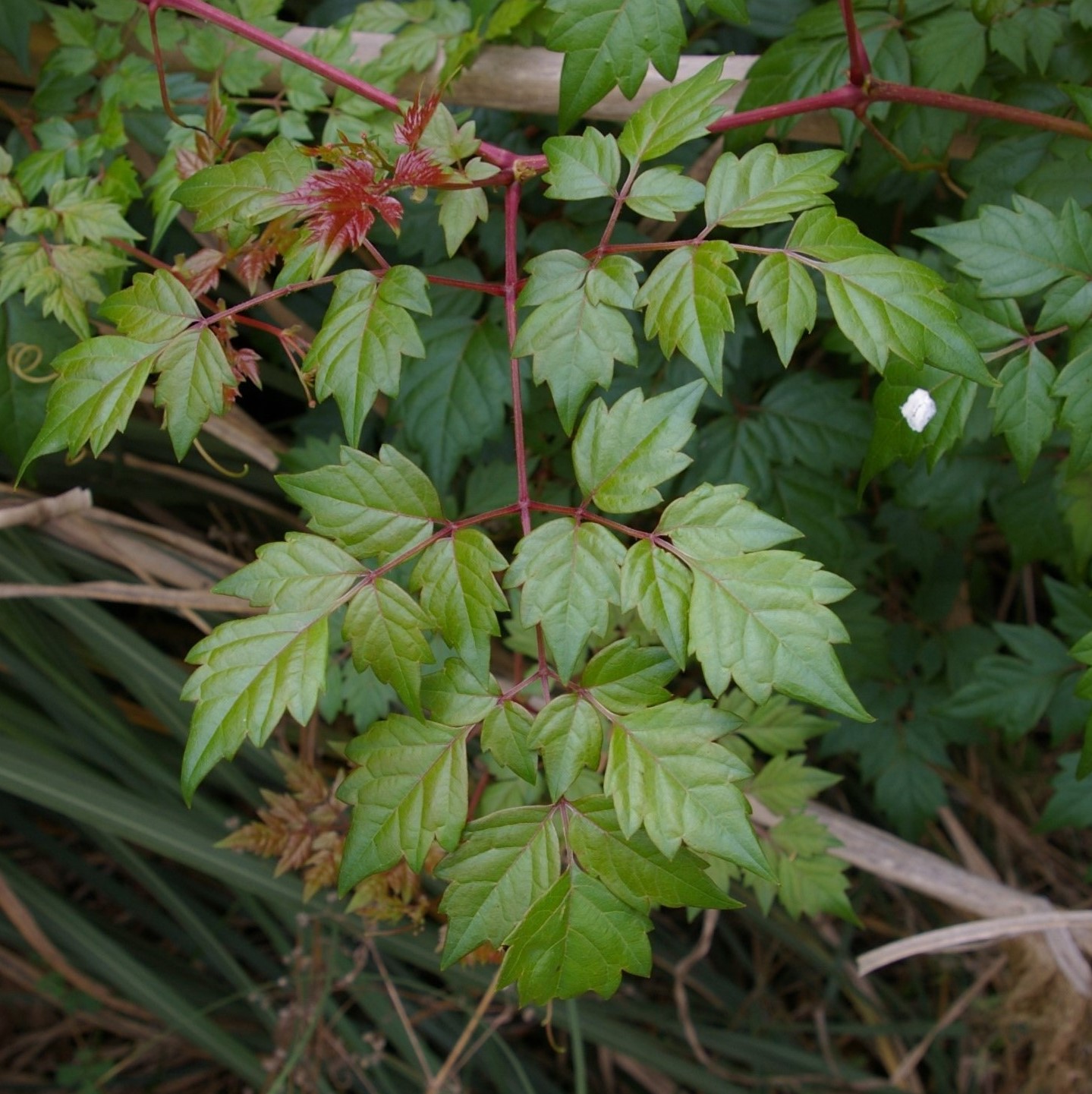 Peppervine has bipinnately or tripinnately compound leaves and often climbs with tendrils. (Photo by R. Strahan)