Most of the time, when we grow something, we want it to either produce food for us to eat or contribute to the attractiveness of our surroundings. However, cover crops are grown for other purposes. They can be used to build up soil organic matter, take nitrogen from the air and put it in the soil (in the case of plants in the bean family, or legumes), prevent loss of nutrients from the soil during the off-season (after adding compost or manure to the garden, for example), suppress weed growth, and prevent erosion.

The first half of October is a good time to plant a cover crop in the vegetable garden, if you’re not planting a fall garden.

If you’re primarily interested in building organic matter or preventing nutrients from washing (leaching) out of the soil, cereal rye is a good option. Oats, wheat, and annual ryegrass are other possibilities. Till if possible, rake soil, and then broadcast the seed at a rate of 2.5 lb (cereal rye, wheat, oats) or 0.6 lb (annual ryegrass) per 1000 square feet, and then rake the soil again, but do it gently so that seeds remain evenly distributed. Aim for a planting depth of about 1 inch for cereal rye, oats, and wheat, and about 0.5 inch for annual ryegrass.

If you’re largely interested in adding nitrogen to the soil, you could choose to go with a legume, like hairy vetch or crimson clover. Bacteria associated with the roots of legumes can take nitrogen from the air and fix it into a form that can be used by plants.

Hairy vetch and crimson clover can be sown at a rate of 0.6 lb of seed per 1000 square feet. Be careful not to plant clover seed too deep. One-quarter to 0.5 inch is fine. Hairy vetch can be planted at 0.5 to 1.5 inches.

If you’re using a legume that hasn’t been grown on that site recently, the seeds need to be inoculated with the bacteria that put nitrogen in the soil. Be sure to buy the correct inoculant for that species of legume (e.g., the inoculant for crimson clover is not the same as the one for hairy vetch), and make sure that the inoculant hasn’t expired. You’re dealing with bacteria that need to be alive. Some seeds may come pre-coated with the appropriate bacteria.

If you’ve ever planted a deer food plot, you may recognize that the plants I’ve mentioned are often used in food plot mixes. One option is to just use a food plot mix for your cover crop.

Next year, you can either mow or use a string trimmer to cut down the cover crop, or spray it with a glyphosate-containing herbicide. (Follow label directions any time you use an herbicide or other pesticide.) After this, till in what is left of the cover crop or leave it on the surface as mulch. If you use glyphosate to kill the crop, wait until it’s obvious that the crop has started to die before tilling, so that the herbicide will have had time to work.

It takes time for cover crops to decompose. If you plan to till it in, start the process of killing the cover crop about four weeks before you plan to plant your spring crop. Since these plants can come back from seed, kill the cover crop before seed matures to avoid having volunteer plants next year. One option is to kill it as soon as it flowers.

Cereal rye produces “allelopathic” chemicals that suppress the growth of other plants. This is beneficial with respect to suppressing weed growth, but if you’re planning to grow small-seeded vegetables from seed, make sure to leave that window of time between killing the rye and planting, even if you’re going to leave the rye on the surface as a mulch.

Because annual ryegrass can produce an especially large amount of growth over the fall and winter months, keep an eye on it, and kill it before it produces more biomass than you can handle with the equipment with which you plan to till. 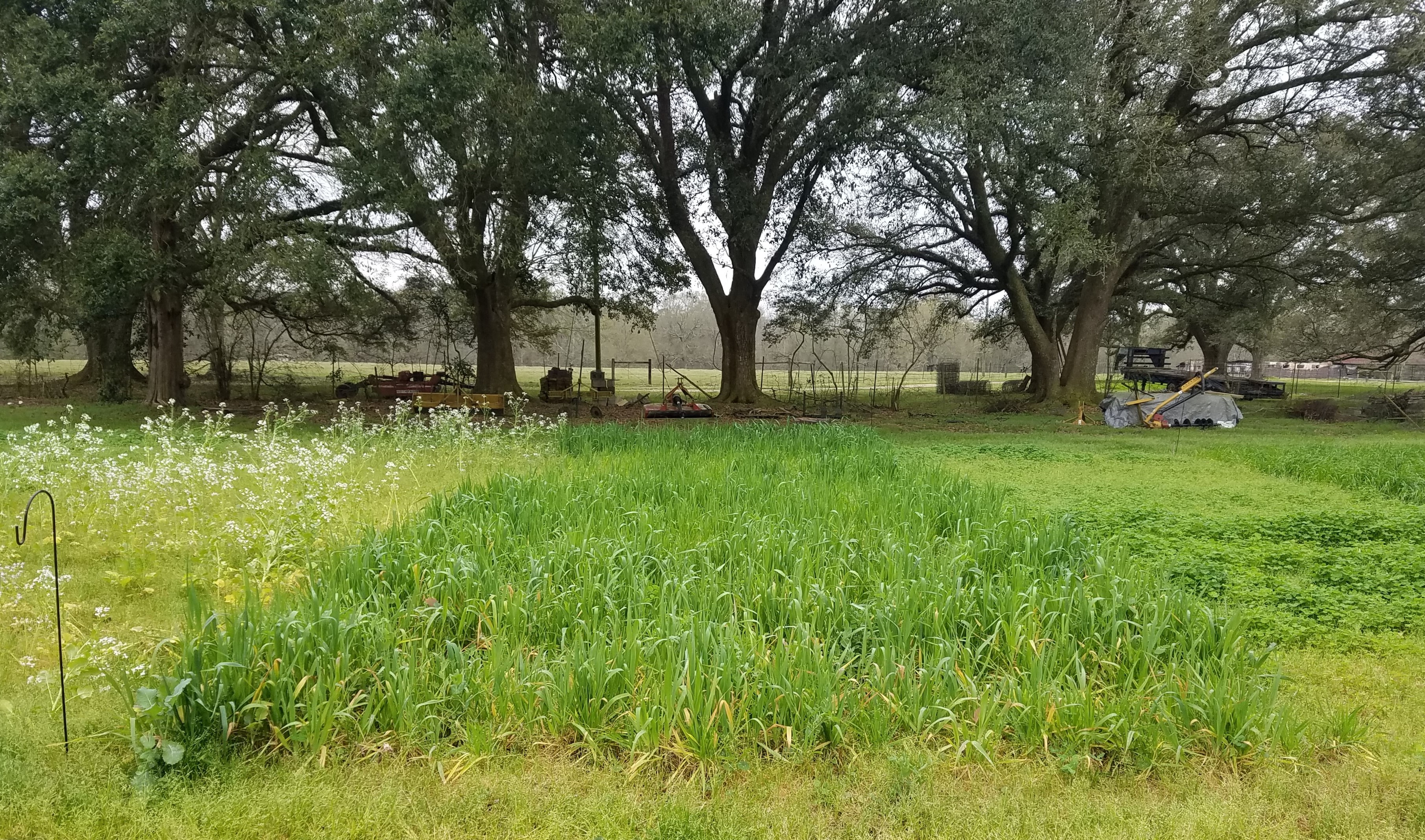