On February 22, a strawberry grower in Tangipahoa Parish brought my attention to a field of ‘Florida Brilliance’ plants where some collapse was occurring (Figure 1). When then plant collapse is observed in strawberries here, Phytophthora crown and/or root rot is often the problem. However, the symptoms were not primarily in a particularly low/wet area of the field, as they often are when Phytophthora is the culprit. Also, distinctive leaf spots (Figures 2 and 3) were present, while roots and crowns, for the most part, look relatively healthy.

Back in the office, fungal fruiting structures were visible in the spots (Figure 4), and under a light microscope, an abundance of spores (condia) were observed (Figure 5).

Fruit symptoms were not immediately obvious, but I did find some spots on fruits on plants brought back to the office (Figure 6). From a distance, the fruit spots do not look all that different from what we might see with, e.g., Gnomonia.

Based on the symptoms and the type of spores that were found, it appeared that this is the “new” Pestalotia leaf spot and fruit rot, caused by Neopestalotiopsis sp., that had been found in other southeastern US states but had not yet been identified here.

Plants were sent to Dr. Natalia Peres' lab at University of Florida, and the presence of the aggressive form of Neopestalotiopsis sp. was confirmed.

One of the most recent summaries of what’s known about Pestalotia leaf spot and fruit rot can be found in this article by Drs. Baggio and Peres.

If Pestalotia leaf spot and fruit rot is identified in your field, avoid working in the affected field when plants are wet. If possible, work in affected fields last on a given day. Clean hands, equipment, etc., afterwards.

Among fungicides labeled for use in strawberry, Thiram SC reduced the percentage of diseased fruit to some extent. (See article for which link is provided above.) A rotation of Thiram SC with Switch provided suppression, as well, but Switch can only be used four or five times per year in strawberries, depending on the rate used.

Those who are spraying for grey mold (Botrytis sp.) anyway and suspect that they may have this disease may want to consider using Thiram SC, or alternating Thiram SC and Switch, in their fungicide rotation.

In the University of Florida study, Rhyme and Tilt provided some suppression of Pestalotia fruit rot, as well. These two fungicides are useful tools for managing powdery mildew, also, as long as resistance to them isn’t present in the powdery mildew pathogen population. Either Rhyme or Tilt can be used up to four times per year in strawberries. (Because their active ingredients are in the same mode of action group [FRAC 3], it would be best not to use both Rhyme and Tilt, since repeated uses of fungicides with the same mode of action can result in fungicide resistance in the pathogen.)

Remember to read and follow the label of the product you have when using any fungicide. Labels sometimes change.

In the upcoming season, avoid planting strawberries in fields where the presence of Neopestalotiopsis sp. has been confirmed, and be sure to purchase plants from a reputable source.

Reference to commercial or trade names is made for the reader’s convenience and with the understanding that no discrimination or endorsement of a particular product is intended by LSU or the LSU AgCenter. 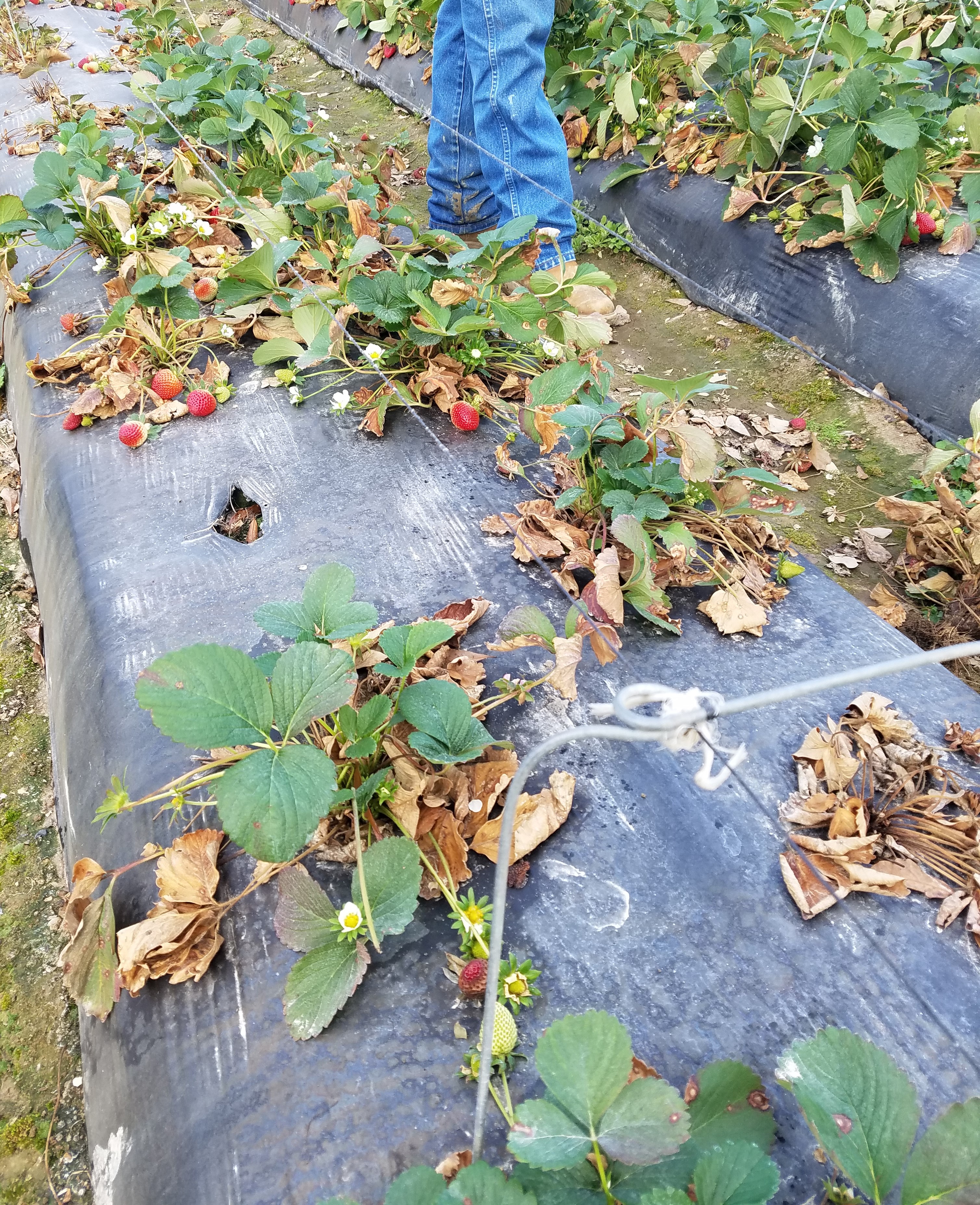 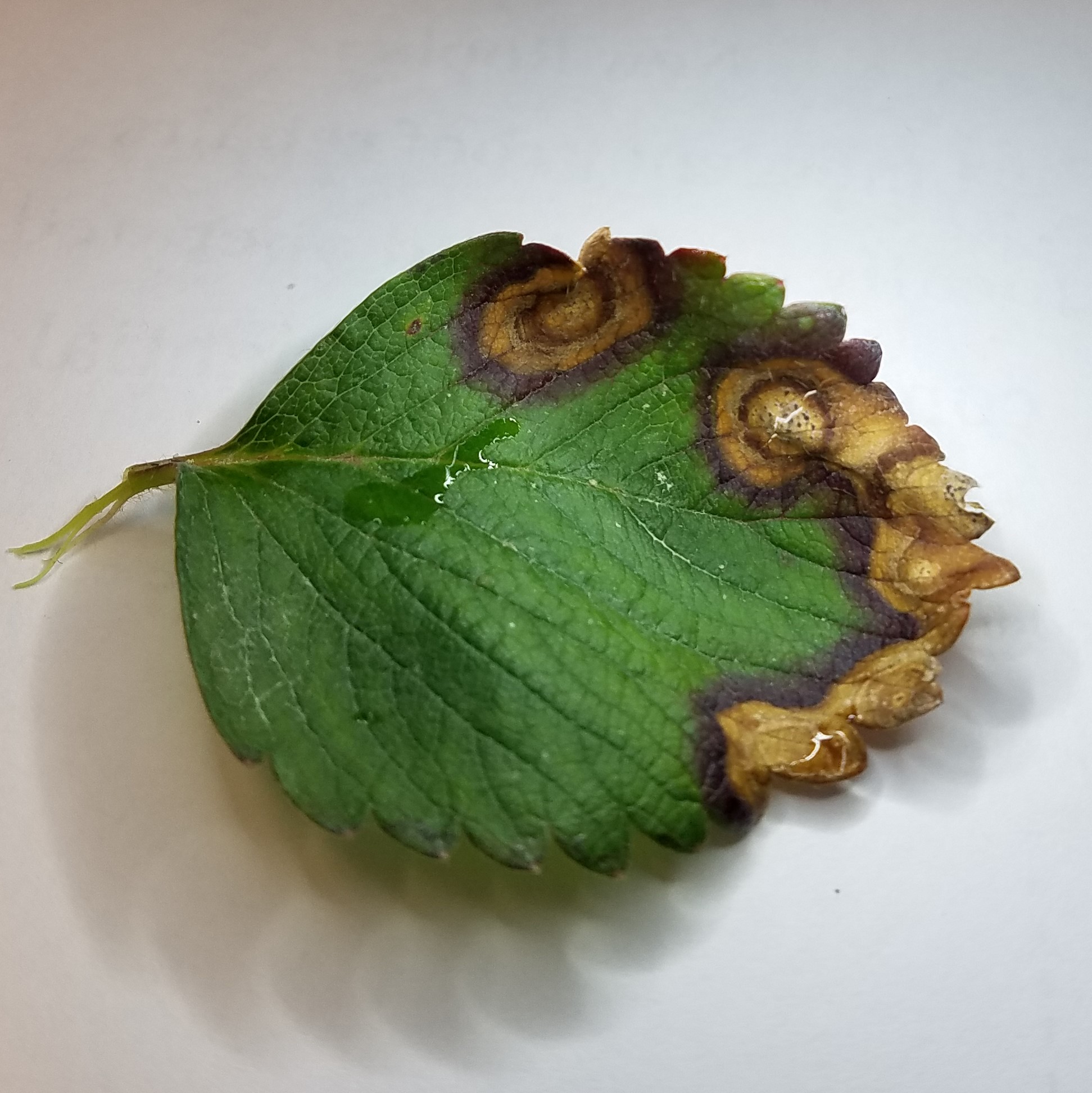 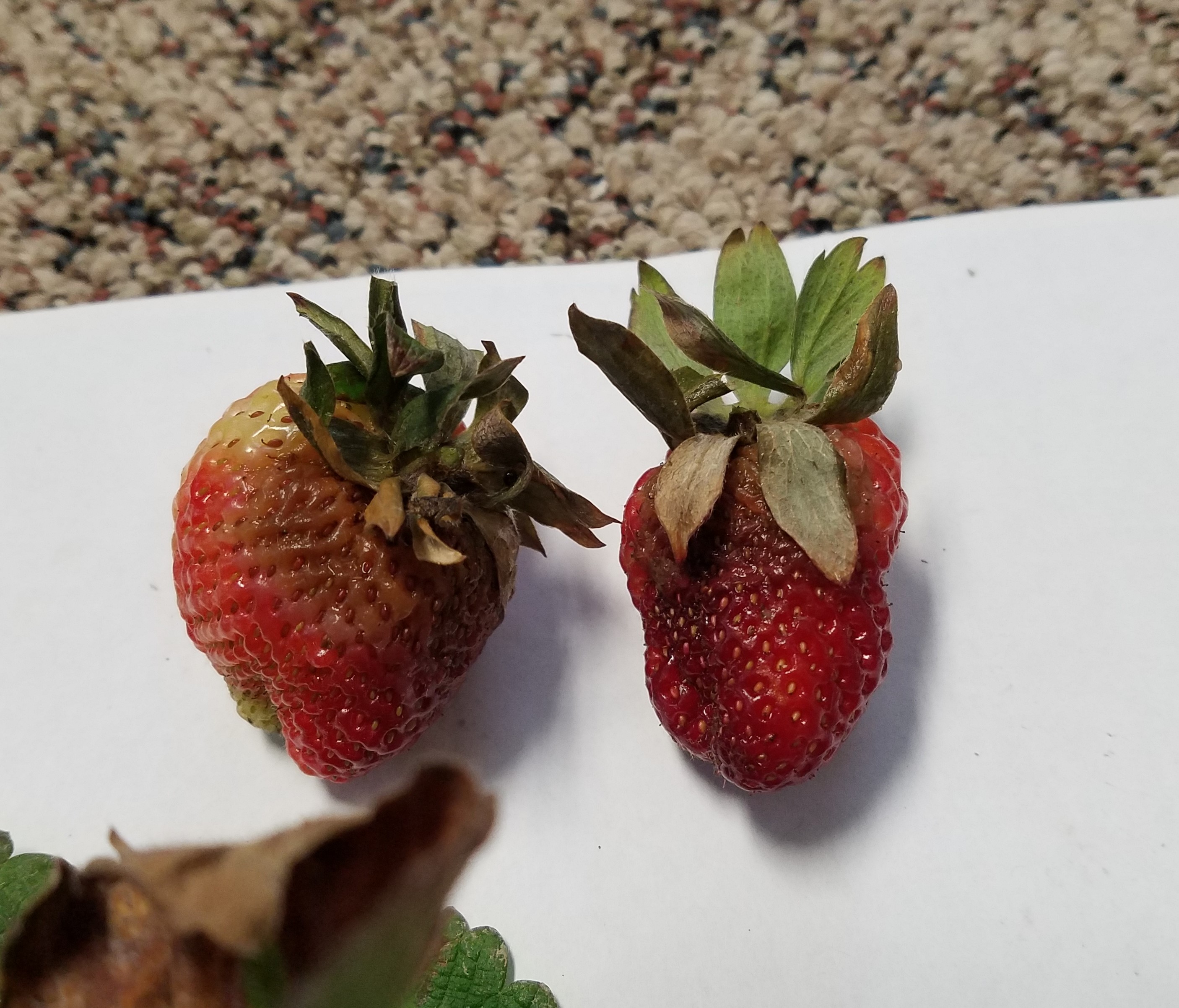